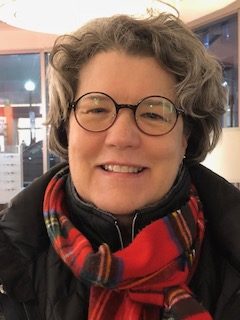 Philosopher Friedrich Nietzsche said, “that which does not kill us, makes us stronger.” And, while a brilliant thought in the 19th century, today it’s a lame pep talk, a witty aphorism, an antiquated sound bite for conquering life’s daily struggles. At the end of a long, hard day, I don’t feel stronger; I’m just tired. And sore. So, I put my feet up and order take out.

Just navigating to and from work can be challenging in itself. Sometimes I play Patriarchy Chicken. Walking to and from the train, or to and from work, I don’t budge when a man is walking toward me. I wait and see how long it will take him to realize that I’m in his path. If he doesn’t, we collide. If he does, there’s still a risk he won’t move – expecting that I’ll move out of his way.

I don’t move. When he steps out of my way, he mutters swear words, calls me names, and continues on what he deems is his God-given right to occupy as much space as humanly possible, others be damned. It happens on the train, too.

This isn’t a new phenomenon. On the subway or public bus, which I have ridden at various times in my life, man-spreaders take up to three seats. What is new, is that women now want those seats. We are fine pushing aside those spread legs and sitting down. The art here is in the asking.

She doesn’t ask, “Is this seat taken?” or, “Could you move over?” or the worst, “I’d like to sit here?” A woman never asks, she says (with manners), “Please move over.” However disgruntled, he’ll haul away his stuff and great lump of a body, and give way. Small victory.

It seems like such a simple thing; defining and maintaining our personal space. Man spreading isn’t evil per se, but it is death by a thousand inconsiderate actions. It’s exhausting having to maneuver around the wants and likes, the expectations, of men on a daily basis— and that’s before we arrive to work. At work, there’s a completely different strategy because the men are not strangers, and there’s usually a mutually agreed upon code of conduct.

Once, at a regular work meeting, there were five men sitting on one side of a long conference table, leaning back in their chairs, legs spread like Kings on Mt. Olympus. The other eight or nine of us at the table were squished up on the other side. I called out the man spreading.

The ex-high school football star said, “We’re bigger than you,” and I said (smiling), “I’m just as big as you, so move over.” Laughter all around, but nobody budged an inch at that meeting. At the next meeting, I sat on the other side of the table with much eye rolling from the Kings.

Maura lives in a city where there doesn’t seem to be enough sidewalk for every walking soul. So, she gives an inch but not a mile. Sometimes it’s better to stand her ground than walk around.