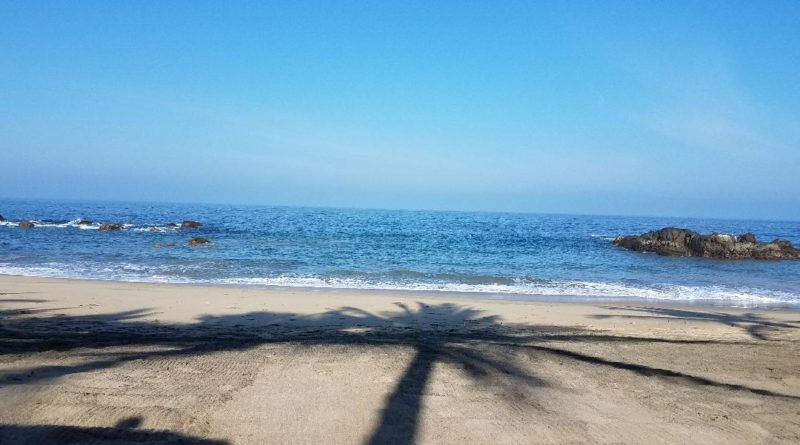 Zipper passed me the half-empty bottle of cheap rum.

Xochitepec was our latest temporary home, and so far, not much different from all the other towns we’d stayed in since arriving in Mexico.

When my friends showed up at my mom’s house and asked me to come along on this adventure, the gruesome headline pasted across my stepdad’s features was easy to read. Vanished: American teens last seen crossing the border. Until Zipper and the others spilled out of the van in the driveway, I think Cande thought I was a typical co-ed who stayed up too late with my friends to study in the dorm. Tattoos and piercings, however, along with denim and leather and combat boots, told another story…

Some days we made a real effort to learn about the local culture: we ate at the street stands, we walked through outside markets selling everything from wedding dresses to chickens with their feathers still on, and Tori made us go inside every little chapel in de pueblo.

“Relaxing on the beach is experiencing the culture,” Zipper would say as he tipped his beer can to his mouth. Quite the philosopher, our friend Zipper. Pretty much every day we found ourselves, at some point, sitting on the sand in our black jeans getting drunk. Oh, what the locals must’ve thought! Not sure if we were hiding from the authorities or just crazy bored American teenagers, no one approached us.

Me, I felt free at last from all the expectations of life in a dorm room with a set schedule of classes I couldn’t fake interest in, and a future as cloudy as my roommate’s fish tank. Like me, she didn’t spend a lot of time in our room at night studying algebra and eating cookies like the clear-skinned, clear-eyed, clearly paid models pictured in the college brochure. KSU had a sink or swim grading policy; depending on your floatability and desire to be part of the large school of fish, you could swim laps all day in the Olympic-sized pool, stay under water until it was all over, or— you could hop out and smoke a joint on the bleachers, watching everyone compete for what they thought was first place. Just like life. I, obviously, chose the bleachers.

Here on the beach I felt like I was exactly where I should be, but I have to admit there was a nagging little voice in the back of my mind reminding me that this was our own rabbit hole, yet unlike Alice, we only had rum and pot, which would run out eventually and while we could easily buy more rum (liquor laws don’t seem to be a high priority for Mexican police) none of us were pretending to be tough enough to risk Mexican jail for a little weed, even if it meant heading back sooner than later to the land of milk and honey and marijuana.

Going home wasn’t being brought up yet, but it was making its way to the front of the line in our heads. For the last few weeks we’d been progressively quieter and less enthusiastic about all the things we were supposedly down here for. Even Tori seemed underwhelmed as she barely glanced around the last adobe church we trespassed in, whining that she was hungry for something besides Mexican food. Definitely a good way to find out if you’re compatible, along with premarital sex, is living in a FORD Econoline together for five months before ever walking down the rain-wet Mexican staircase with no handrail that is marriage. Can the day-to-day of living in a van, existing on nothing but rice and beans and beer and rum, bathing in the sea and sleeping on the sand, lead to the B side of the adult life album that sells careers and mortgages and kids; I don’t know. But would I do it all again? Absolutely.

Jeannie is a native of Colorado and the first in her family not to graduate from college. As for her permanent record, well, time will tell.