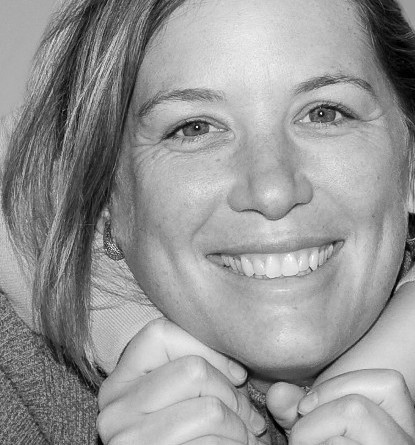 I have a much harder time relating to “girly girls” than I do to “girly men”. “Girly girls” squeal and grin a lot, and their energy exhausts me. Their obvious perfection irks me with the certainty that they must neglect the truly important things in their lives. They are ever perky with dewy skin and pressed clothing. They express the most exuberant interest in every small detail of your life.

“Hiiiiiiii!!!! It is soooo great to see yooou!! I absolutely l-o-v-e that color on you! We haaave to get together!” they bleat.

I can usually muster equal peppiness and respond in kind, agreeing that we absolutely must get together (despite the fact that we have never before gathered together socially). And that is as far as we go. They are small talk masters; leaving me to wonder if they have any depth at all.

I want to look like a “girly girl”; I just don’t want to be one.

I admitted recently that I am a “manly girl”… more in touch with my masculine side than the average girl. I am competitive and I throw like a guy. I like to hotly debate political issues and my voice has a low timber. Of course, my manly hands confirm my predisposition.

The fellow I “came out to”, if you will, also confessed to being a man more in touch with his feminine side, or a “girly man”. I agreed with him, eyeing his baby blue, gingham shirt.

“You must be called a metrosexual a lot,” I observed.

“Yes, and I hate that term,” he replied. Defensively adding, “This gingham shirt is very ‘in’ in Connecticut right now.”

“Not many men can pull off gingham,” I added supportively.

He and I then began to discuss the blurred lines between male and female gender roles nowadays. We agreed that the scale looks something like this:

*Remember the hilarious SNL skit “Just Pat” about the androgynous character who neither confirmed nor denied her gender identity?

Once upon a time, “men were men and women were women”. Mostly, women stayed “women” because men repressed them, but here we are now in the “modern era” where more women work and more men stay home taking care of the kids. Women have demanded greater sensitivity and communication skills from men while men have asked for less crying and more sex from women.

As we talk about the feminizing of men, we cannot ignore the simultaneous masculinization of women. As a “manly girl” I am often conflicted between my desires to kick ass at sports and to be pretty and pampered. Likewise, “girly men” dress nicely and communicate, but they struggle with sexual stereotyping and knowing football history.

This evolution for women was hard fought, growing out of the 70’s women’s liberation movement, and the wave of 90’s self-help books. Although we now have what we wished for, have we gone too far to cross these gender lines — causing some to revert back to more traditional roles? A gender-bending tipping point is at hand.

The dichotomy of this issue is explored in the Time magazine article, “Families: When Venus Crosses Mars”. Francine Russo says that deep down our expectations of what makes a woman a woman and a man a man still remains somewhat traditional. A man can be intimidated by a successful woman, just as a woman can be turned off by a needy guy.

The term “retrosexual” has emerged as the antithesis of the metrosexual. Retrosexuality, as defined in the Urban dictionary, is ” that woman who eschews the sexual-revolution plank of feminism in favor of more-traditional values … a little burlesque, a little Betty Crocker, the retrosexual woman has new-fangled spunk and old-fashioned values.”

For men this term defines “a guy who actually likes women instead of wanting to act like them. He uses no hair care products except White Rain shampoo, has several flannel shirts, and owns at least one pair of work boots.” Despite the emerging trend, fellas, I wouldn’t stop getting in touch with your emotions just yet.

In my man-bashing blog “Stuck in the 1950’s” I rail about what I perceive as the faster-maturing woman, embracing her newer non-traditional role more fully and quickly than the resistant “manly man”. More specifically, I bash my husband and growing resentment that I had increased my bread-winning role while he hadn’t increased house-husbandry in equal measure. Turns out I wasn’t just being a bitch.

In a 2010 Newsweek article, “Men’s Lib”, an appalling lack of  “gender parity” still exists, despite the advances in men’s emotional growth. The authors wrote:

“Despite apparent progress—young couples believe in co-parenting and sharing the household chores—very little has actually changed. The average wife still does roughly double the housework of the average husband: the equivalent of two full workdays of additional chores each week. Even when the man is unemployed, the woman handles a majority of the domestic workload, and it’s the same story with childcare. If both parents are working, women spend 400 percent more time with the kids. Meanwhile, the number of fatherless kids in America has nearly tripled since 1960, and the percentage of men who call themselves stay-at-home dads has stalled below 3 percent. The old roles, say sociologists, are hard to shake.”

Eight years later, expectations of men as equal participants in the home and with kids are still measurably low. Liz Cullen and Lev Grossman wrote in Time magazine, “Dads admit they get fussed over for things Moms do every day.” In their article “Fatherhood 2.0”, a father of two remarks, “Sometimes you’re treated like a dog walking on its hind legs — ‘Oh, look, he can do laundry!'” There are definitely mixed messages developed from the combination of our enlightened expectations and our traditional experiences.

Evidently, modern society still doesn’t look favorably on men or women who step outside of gender boundaries, and the men and women who live in it aren’t all that comfortable either. I am sure you can think of times when stereotyping has led to conclusions of “girly men” being gay or “manly women” being lesbian. The term “metrosexual” translates to borderline homosexual.

Gender roles are identified by behavior — how we dress and act. I try to disguise myself as a “girly girl” to meet this feminine standard, just as “girly men” will disguise themselves with hunting attire even if they don’t hunt or like plaid. “Conceiving of masculinity as something to be”—a part to play—“turns manliness into [something] ornamental, and about as ‘masculine’ as fake eyelashes are inherently ‘feminine,” said Susan Faludi in the Newsweek article.

I like my “girly man” acquaintance. We talk about relationships, fashion, and political philosophy. I find “girly men” multifaceted; at once sensitive partners and accomplished cooks, athletic over-achievers and able shopping companions.

Regardless of what’s happening today, and as gender lines continue to blur, subsequent generations will have less-defined roles for men and women. In an ideal future world, both sexes will engender the best characteristics of the opposite sex, and learn to work and share together regardless of preconceived stereotypes. These women and men will learn to be comfortable in mixed gender roles. Even in a gingham shirt.

Elle Mason is the nom de plume of the freelance blogger and writer who calls the Rocky Mountains of Colorado home. Published online and in print, the “Tell Me Mamma” blog topics of interest include ontology, or what it is to be human, how to be your best self and pubic hair (not necessarily in that order).