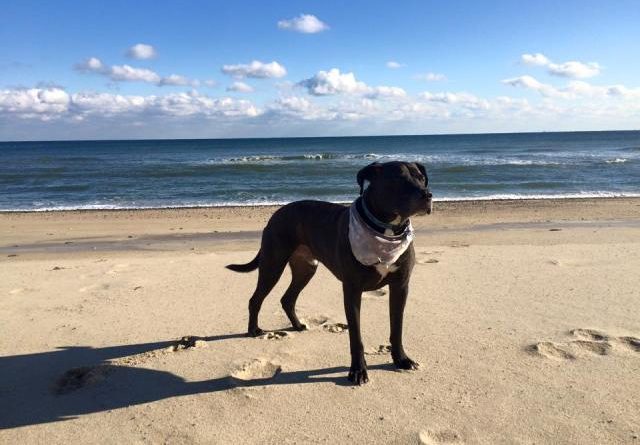 We have been together for nearly 8 years and I cannot imagine my life without him. Through thick and thin he has been my partner as I have matured from my mid-20’s to now a woman who is approaching Larry Bird status (33 years old), trying my best to “adult.” His name is Walter, and he is my dog.

I have always adored animals, so when I had the realization that I was in a suitable place in life to get my first very own dog, I quickly got the ball rolling. Now, my family has had dogs over the years, but it is not the same as being the only owner – I was never an Alpha, did not get to choose the new family member, and didn’t have sole responsibility for a time-consumptive pet.

In 2010 when the moment came, I rose to the occasion and did my research. I perused local animal shelters and organizations online because not only was I raised with amazing rescued dogs who deserved the chance for a good life, but also I have a background in veterinary medicine. I know what health defects, immediate or ticking time bombs, come with going to a breeder and/or buying a purebred dog.

So I began my search on Petfinder and entered my prerequisites: a male dog since my parents owned a female and they would be more likely to get along as opposite sexes; a young animal – not a puppy that would presumably be snatched up quickly plus require house training, and black fur because they are statistically over-represented in shelters.

While searching the seemingly endless options I came across a 7-month old pit-bull mix named Walter. I read his bio, looked at his photos, watched a video of him in action, and felt immediately that he was a good fit. I submitted my application, and  after I went  through the involved process of references and home visits I picked him up in August 2010.

Since then there have been a handful of relationships, graduate school, eight different residences, Walter’s increased celebrity status through his appearances in a magazine and a book, and countless memories. In retrospect it is humbling to look back at how much we both have matured.

He has grown from a boisterous, endlessly energetic pup with separation anxiety who hated car rides into a confident, exuberant 100 lb dog who accompanies me on casual strolls and can be found resting his head on my shoulder during our drives. He still sleeps in my bed, under the covers, and we have developed our own communication that roommates and friends have become fluent in. Nearly everyone who meets him adores him, resulting in international fans and annual Walter themed gifts like calendars and lip balm.

I can state without hesitation that my life is better because he is in it. Not only because of the joy he continues to give me by being a funny and loyal companion, but also because I made better choices when considering Walter’s important role in my life. I feel like my identity is often defined in part as being Walter’s owner, and I am 100% okay with that. He makes me strive to be a better person, and to paraphrase Jerry Maguire, he completes me. He is such a good dog, and unequivocally this girl’s best friend.

Brigid has connections to Cape Cod dating back to the Mayflower, and now resides on the Outer Cape where she works as a marine biologist studying endangered North Atlantic right whales. In her downtime she explores the Cape with her dog, Walter, plays bar trivia, and partakes in the occasional karaoke.