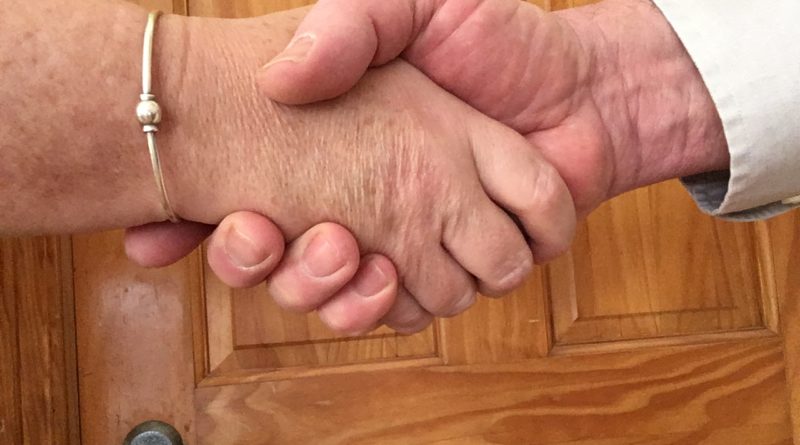 It can all be traced to the hunter-gatherers. Basically, the men hunted, provided food and warmth, and protected the tribe. The women gathered herbs and other food and kept care of the tribe. Throw in a little procreation every once in a while, and it was a happy existence. Everyone had a role and responsibility for the good of the whole, and that structure held for thousands of years.

Fast forward to the Baby Boomers’ generation (1946-1964), and that dynamic began to shift. As this post WWII baby boom aged, women wanted more; we wanted to use our minds and wage independence away from the tribe. We wanted equality, and we mistakenly thought that meant being the same as men.

I’m a Baby Boomer, stuck right in the middle of the sexual revolution; it was an exciting time. I had a subscription to Ms. Magazine in my very early teens. I wore sneakers walking to work, and a scarf bow tie with my suit.

I was taught that women could do anything that a man could do. Being a feminist was about both women and liberated men believing in the “advocacy of women’s rights on the grounds of political, social, and economic equality to men.” It’s taken a long time for most men to get on this page with women, and just as long for women to separate ourselves from the male stereotype.

In the years since, there has been some movement with women rising to the top of industry with prominence and respect. They actually “could have it all,” play both provider and nurturer, and so could their partners. The rules were breaking and gender roles were bending right along with them.

We are in the beginnings of another exciting time, when younger women (the Generations X & Y, and some Millenials) are taking the movement of past generations one step further. They are vocal, they are determined, and they are brave. They also recognize that being like a man doesn’t reflect who they truly are as women. That being equal does not mean being the same.

The #MeToo movement is one to be reckoned with, and will go down in the history books as a time of great change for both men and women.

During my years as a working woman (and wife and mother), I have been a manager and had a few female managers. One was an exceptional role model and mentor. The others, not so much. Why is that? I believe it’s because, regardless of their stature, they were still stuck in the roles determined by our cave man ancestors. They were fighting their natural instincts to belong in a man’s world.

Women as managers, however smart and authoritative, believed they were still stuck in their biology as nurturers. In my case, they could not mentor the young women under them because they were still trying to figure out how to be a woman in a man’s world. How could they be comfortable with their prestige and stature when they also liked to bake pies and wipe runny noses?

My manager at a presidential library back east was more concerned with making sure there was hot coffee at the board meetings than contributing to the dialogue. My manager at a marketing firm was so aggressive and defensive, that she gave women executives a bad odor. My current manager wants to be “one of the boys” while also being their mother.

All three of these women broke new ground for the women behind them, but they were not being true to themselves; they are not being confident mentors. Women in the workplace today add a new dimension that does not necessarily express or reveal who these women can or want to be.

My best manager, Claudia, is smart and persuasive; she is true and kind, and she is also heaps of fun. We worked together for a women’s health organization; one that focused on a serious issue. When we weren’t raising funds to better the cause, we were raising Hell and progressing forward. She never held me down; she always lifted me up. I still seek her after all these years because she was inspiring as a female manager.

And that’s the thing about women in the workplace today. The best employees are single women; women unencumbered by familial or outside expectations. If we don’t nurture at home, we nurture our work.

The best women mentors, in my opinion (and hopefully in practice), develop community in the workplace. We trust our employees, and reward intuitiveness and creative problem solving. We treat all employees fairly and with respect, and don’t let our personal agendas or insecurities inhibit the growth or independence of our staff. We lift up and don’t tear down, because we are confident in our own abilities to steward our staff regardless of the male to female ratio in our work strata. We advocate for staff, and are vocal about doing it.

There was no talking when the cave men were on the hunt, but you can bet there was chatter in the cave woman’s weaving circle. Men, as a sex, I believe, are more introverted and less conversational or comfortable talking about their private world. Women, on the other hand, are fully aware of everything and everyone around them. We acknowledge birthdays, and take note of our fellow employees’ ups and downs. We celebrate each other while keeping it professional.

I don’t know any men, at any level, who gossip at work. Why would anyone at work talk about anything besides work? Work is work; outside is outside, and sometimes the two cross barriers, but only anecdotally.

Gossip is most often nosy (and sometimes cruel); not anyone else’s business, but it can also be a way that the lower levels communicate about the upper levels. What’s going on up there, and how, if at all, am I going to be affected? Who can we look to for support, and who will ignore or dismiss us?

Gossip will never end in the workplace, but if management is doing its job, there is less fear and more camaraderie below when the overall atmosphere of conversation is open and honest. What’s the risk? It only makes for a healthier work environment.

That kind of fear-based or non-inclusive atmosphere can make it difficult and possibly counter-intuitive for today’s woman executive. She can either be a robot like her male counterparts and only do what she thinks they expect from her, or she can express compassion and confidentially support her staff the way she believes is correct. She can be closed in, or an open door. She can be available and nurturing, or obfuscate rather than enlighten. She can be powerful and also gentle.

Not all men fit these negative workplace stereotypes, but when I’ve talked to a male manager about personal or emotional issues, his unease is palpable. It’s not that they don’t care; it’s just that they don’t know how to talk about it. It’s a foreign concept that women and men can be equal — nuances and all.

Some men in my generation have been raised by aware women who teach boys and girls that it’s acceptable to respect, embrace and encourage all facets of a male or female personality, but others have not.  There are some men who were taught that they are the modern cave man personified. Thankfully, the younger generations are changing all that.

As the #MeToo movement will attest, as more women from the younger generations — with their own ideas and definitions of equality — take hold in a historically male world, the more upper management will have to become aware that differences do not equal weakness. They will have to recognize that both sexes bring gifts and perspectives to the table. The more that women and men are open and comfortable about their roles and personalities within a business (or personal) relationship, the more they will be recognized as thoughtful and progressive, and the more they will be successful and respected managers.

Maura is taking the next step in her varied career where she will be managed and mentored by both a younger man and woman.  She is looking forward to their inclusive and smart management style. As always, she will be who she is meant to be under their direction.