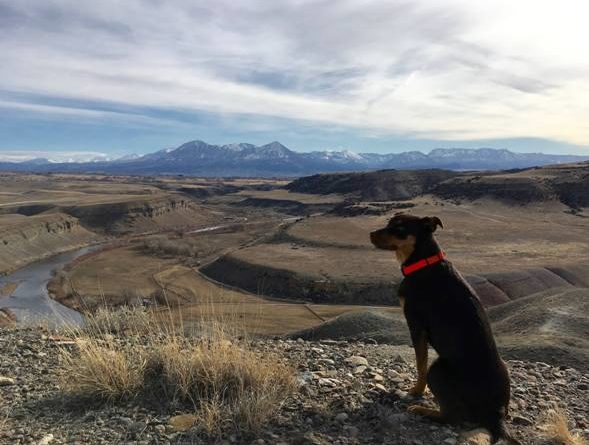 I am not exactly new to Delta Country. I was living here in 2008 when President Obama was first elected, but until 18 months ago I had been cloistered away in the liberal bastion of Portland, Oregon. Living in the land of craft beers, fancy coffee and bicycle commuters, it was easy to believe that the country was maturing into a well-adjusted adult. Oh, for those halcyon days!

Sure, the Obama era wasn’t perfect. We ended up with a gift to the insurance companies instead of a single-payer system, and, yes, Guantanamo was still open for business, but, at least we had a President who could string words together into coherent sentences and an administration that was for, all intents and purposes, free from scandal and disgrace. Alas…

In June 2016, after a week of meandering through the West, I was back in Colorado, moving back home, heading south on US Hwy 50 leaving Grand Junction, and there it was; President Trump! Big as life. The thought of that used car salesmen sitting in the Oval Office was so galling. I just couldn’t understand how anyone was buying the bullshit that that man was shoveling. It was such a transparent lie, but there it was, President Trump! But perhaps this was a singleton, a one off, a voice in the wilderness. However, the closer I got to Delta, the more Trump signs and bumper stickers I saw, and not an “I’m with her” in sight.

Ok, Delta is, well, Delta. But Paonia; you beautiful oasis of hippies, organic farmers and artsy folks, surely you would be with her! However, the Bern was deep in P-town and hippies weren’t buying what she was selling. And, regardless of its reputation in the Roaring Fork valley, Paonia ain’t all hippies and weed farmers. Old Paonia, some might say real Paonia, is mostly coal miners and farmers who don’t give a shit about using pesticides. Classic Western, salt of the earth Republicans or Libertarians. By the time I had returned, two out of three coal mines had closed and the feeling that there was a war on coal was real and personal. And, why not? Fox News was selling that narrative daily. So, when Trump talked about bringing back coal mining jobs, it truly resonated.

So, yeah, I understood why the coal miners were buying into Trump’s message. After all, it is human nature to cling to hope, even if it is a blatant lie. But the other salty, I mean salt-of-the-earth people, surely they could see the bullshit for what it was. And some did, but not enough. I’d sit at my booth at the Diner eavesdropping on the good ol’ boys table, and every now and again I’d hear someone talking sense. Someone that wasn’t buying the crap, but it was rare and not many were having it. So, come Tuesday, November 8th, 2016, I was not the least surprised to learn that Delta County went for Trump by nearly 70%. Not surprised at all. Fortunately Colorado was with her, but, you know, he still won the election.

So, here I was, 70% of my neighbors had voted for a man that should be in jail, not elected to the highest office in the land. It took a few days to truly sink in. First, Donald J. Trump was President of the United States, and then, that half of this town and nearly three quarters of this county had voted for him. Those that know me know that I don’t keep my mouth shut and really have a hard time not calling bullshit when I hear it. So what was I to do? We had just bought a house and upon moving in had learned that our block pretty much mirrored the county; 70% of our direct neighbors were avid Trump supporters. It was going to be a little awkward going out to pick up the New York Times on Sunday mornings.

I just want to shake people and say “How the fuck can you buy this shit? You are a reasonable, sane, or reasonably sane, person!” But that wouldn’t do. I couldn’t move into a new house and start shaking the neighbors. Or could I? No, unfortunately, I could not. So I decided that I would hear people out. I wasn’t going to encourage them to talk about why they voted the way they did like some sad This American Life episode, but I wasn’t going to shy away when they did start spouting. I wasn’t going to just look scornfully at them, pick up my blue plastic wrapped newspaper and head inside. I would try, try very hard, to listen and to reply in that ambiguous non-committal way. “Yeah, how ‘bout that!” and “Well, who knows. We’ll see how it works out.”

And here is the thing, unless you are a completely sexist asshole, and I know there are plenty out there, Hillary Clinton should have been every American’s ideal for a Presidential candidate. She had a modest upbringing, going to public school, a National Merit Finalist, a Brownie, a Girl Scout… Oh, what’s the use, the GOP did its job too well. We could list Hillary’s achievements until the cows come home (usually around 9 pm, but occasionally 10 or 11) and no one would listen. And it doesn’t matter. We have Donald J. Trump as President, Tweeter in Chief, Fox and Friends number one fan. Ugh.

Now I get to hear about how the FBI is biased against Dear Leader and that Bob Mueller ought to be fired. Rod Rosenstein is, well for lack of any wrongdoing, Jewish, I guess. Every week there is a new Trump scandal; some appointee is resigning for abusing both of his ex-wives, the Secretary of This has a conflict of interest, the Ambassador to There is a Nazi, but it doesn’t matter. Trump is draining the swamp. I’m beginning to think that these people don’t understand the metaphor. It gets harder every day. Every day another scandal. Every day another truly embarrassing statement from the leader of the free world. Yet, somehow, and against all odds, these folks still believe. Maybe I should order them all subscriptions to the New York Times.

Tom Camp lives and works in Paonia, CO- but you already knew that. When he’s not working on neighborhood relations, he enjoys getting away from the news by hiking in the mountains with his dog, Freya.