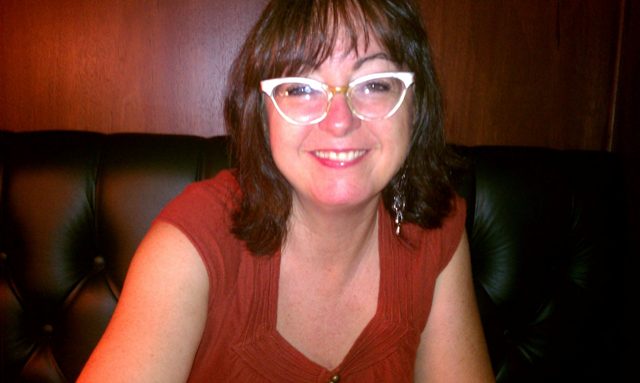 “Don’t worry, Mike, I won’t tell anyone what a nice guy you are.” That was the last thing I ever said to you. I would never have remembered if it had not been for what I read about you in the news. We were merely acquainted through the work. My sales manager introduced us hoping you would buy from us and later, when I worked for the mission, we met again. I thought you were a pompous ass and a bully. After the donation you gave at the mission, I thought maybe you weren’t that bad. Then I read about what you did.

I thought about writing you while you were in prison, but I didn’t want to give you the wrong idea. I didn’t want you to think I was unsure of your guilt or that I was in any way coming on to you. It would have been out of pity and curiosity, more for me than you. I must admit there has always been a piece of my heart that has belonged to the pitifully damned, the evil, the lost. It’s like God made a small space in my heart for lost causes, for the unlovable, for the wretched and what we call insane. It’s pity, but there is also a healthy portion of morbid curiosity. I make myself sick with it. I watch 48 Hours and Unsolved Mysteries when no one else is around. It’s not the blood and death so much as the how? How could someone do that to someone else? Why? Why would someone do that to someone else?

If I had written that letter I wanted to start so many times, if I had gone to look you in the eye, you, a mere work acquaintance I had maybe half a dozen encounters with, I would have asked you how could you do it? Was there an inner dialogue that fiercely debated over the state of your soul? Or was there only static? No inner dialogue at all? Are you like two forces, a kind of Jekyll and Hyde? Mike, the local business man and Mike the pedophile. Only I am sure you would argue that you were not a pedophile. You would vehemently deny that. Somehow, you reason away from that. Somehow in your mind, she was a woman and a woman who wanted you as much as you wanted her.

Only she was eleven years old. A child. You stole that. You stopped dead all the innocence and trust she had. After you raped her, physically abused her in the worst possible way, and stole her childhood, you continued the abuse for years. You manipulated and controlled her with threats, gifts, counterfeit love and with all the power of persuasion you could conjure. You stole her childhood, her measuring stick of right and wrong, her capacity to trust. From the first touch, you planted seeds of shame and guilt and self-loathing. You used your authority and trust to destroy her right under the view of everyone.

And still I do not understand the why or how. If you really need or want that kind of control, that kind of perverse intimacy, should we just agree, as a society, to kill you? Is a death sentence the only cure for a human cancer like you? Or do we lock you away forever and ever? Do we slice into your sub-conscious with the latest psychological tactics to find some root cause that can be burned or cut out?

I won’t tell anyone you were a nice guy, Mike. If they ask, I’ll tell them I didn’t know you at all.

Patti Tod-Yarosz is a Kalamazoo, Michigan native who has made many places her home. Her gypsy heart has always held the same dream: ‘To thine own self be true.’

One thought on “Dear Mike”