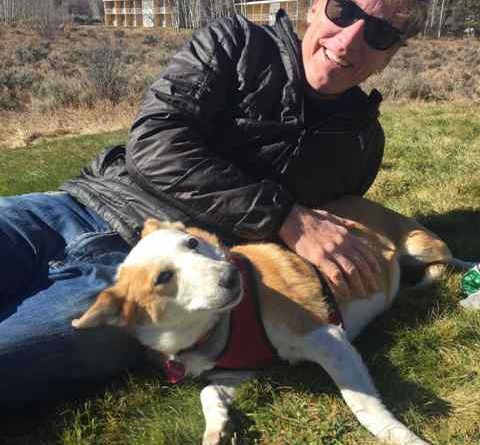 The General does not travel without a motorcade. No general should. Even in retirement a general really requires more than one car, whether for personal use or (quote) official (end quote) business.

The General was once the leader of the European Theater on behalf of mighty NATO, the North Atlantic Treaty Organization, which like the General, has seen better days. At its height, back when the General was in charge, NATO was a stalwart against the evil Soviet empire to the east. Today, it is a collection of haggling bureaucrats and once proud military men and their traditions left to fight over relative pennies where there were once billions of dollars.

The General, even in his great disdain for the current state of NATO, can sympathize. Instead of living in a palace and being attended to by an unending supply of staff, which American wealth and might reserves for top military minds like the General’s, he must make do with a modest 10-acre estate east of the Capital. His staff consists of a secretary, Clark, a pleasant and capable Lt. who spends thirteen and a third hours a week helping the General manage his affairs, like paying the gardener and cleaning lady and setting up meetings with other retired generals.  Clark secretly calls those meetings “Reminisces”, only it isn’t a secret.  The General never really trusted his 13.3-hour-a-week assistant after overhearing him use the word and laugh while talking on the phone with another officer.  Sometimes the General appears on C-SPAN or on a panel in front of university students. He was that important, so he has always wondered what kind of exposure he would have if he had someone other than Clark managing his affairs, and that someone was managing them fulltime.

Instead of leading great theaters of war, like the Cold War in Europe and the hot wars in Central Asia, the only theaters in the General’s life these days are the Bijoux in Fairfax and the Isis Theater in Aspen. In Fairfax, unless Clark is on the clock, the General drives alone in his government issue vehicle, a Chrysler. It’s not like the old days, when he was stationed in Brussels and he had a driver at the ready at all times. Actually, he had many drivers, with motorcades ready to leave NATO headquarters or his flat on different routes in different directions, all at the same time the General went anywhere. The point was to keep the Soviet Invaders, should they ever come, from guessing correctly which black Mercedes to target. It was important that they were not allowed to capture or kill the General, who, as a reminder, was the Supreme Commander of the European Theater and a very important military mind. The General also had a Marine helicopter and jet pilots and Naval captains at the ready to transport him wherever he needed to go. Even when he was flying home to Fairfax to spend Christmas with his family, the General required multiple motorcades departing from his flat in Brussels so he could travel safely to the helicopter that took him to the jumbo jet that took him across the Atlantic. In Kabul and Islamabad he had teams of armed attendants, fleets of armored Humvees and a veritable flock of choppers ever at the ready. The heightened state of alert around the General made him feel important, which in fact, as Supreme Commander of the Central Asian Theater, he was.

Aspen made the General feel more important in retirement. He stayed with his wealthy friend, who had a fleet of Fords for his guests. The friend always had two cars reserved for the General, and directed his sizeable staff to attend to the General properly. If the General wanted a twice-baked potato, for instance, that is exactly what the Chef made for him. And, when the General traveled he traveled in the style generals are used to traveling in — with a motorcade. Typically, Edward, the butler who preferred to be called a (quote) manager (end quote) drove the car the General rode in. The General sat in back of course, like men of his stature do. One of the maids, never a Hispanic, would follow in a second, nearly identical SUV. The general wished they were painted black like the Mercedes in Europe, or Desert Sand Camouflage like the Humvees in Kabul, but he thought that would be asking too much of his wealthy friend. He was glad enough to be sitting in the back seat with Edward driving and one of the maids, Lorraine or somebody, tailing. When they got to the Isis, she, Lorraine or somebody, would get out of the tail car and hand the General his billfold. It wasn’t a necessary procedure like the old days in Europe or Central Asia, where men and women of lesser rank would get out of tailing vehicles with important papers for the General to consider immediately, and even more important papers for the General to consider at a later time in the event the Soviets invaded or Pakistan exploded, but it was a nice gesture that made him feel a little bit more important than on most days.

When the movie was over, the General would pull on his overcoat and walk outside, where Edward and Lorraine or somebody were waiting in idling vehicles. He would get in the back behind Edward and tell him a little bit about the movie and whether it was any good.

Then he would say, “I miss the days when the popcorn was free for me.”

And Edward would look at him through the rearview mirror and say, “Yes sir.”

Allyn Harvey became a professional journalist after realizing he likes to 1) write, and 2) read newspapers. He currently writes magazine articles, PR pitches, poetry, wandering doodling thoughts, and the occasional short story. He lives in Carbondale, works wherever he can find people to pay him, and skis in Aspen.

One thought on “The General’s Motorcade”