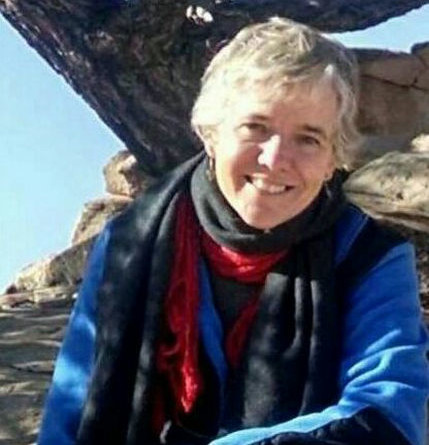 Forgiveness and anger are intertwined, so much so that I’m not sure it’s possible to explore one without exploring the other. Many years ago I heard a talk by a powerful Zen teacher, Yvonne Rand, on forgiveness. She said, “There is no real forgiveness without acknowledging the effect of the harm, and without being willing to feel the fire of your own reaction to it.”

Sometimes we think that as “spiritual” people we should know how to not feel or express anger. But, true forgiveness is not denial or a forgetting. It is a wholehearted recognition of how we or others have been harmed, and the hurt and anger we feel, alongside a willingness to see the humanity and brokenness in those who have harmed us. Part of the pathway to forgiveness includes being willing to walk through the territory of anger. It is difficult, maybe impossible, to truly forgive harm without a willingness to feel the anger and hurt engendered by that harm.

I recently came across a book called The Gift of Anger, A Call to Faithful Action. The author, Carrol Saussy, defines two kinds of anger: holy anger and negative anger.

On the other hand, she describes negative anger as “a vengeful, hostile, sometimes explosive reaction to a situation; it aims to injure, and tears at the fabric of society by destroying relationships.”

If we don’t see the difference between these two ways of anger, we miss the life-affirming aspects of holy anger, and we may also judge others who are angry at oppression and prejudice.

Rev. Marilyn Sewell, a Unitarian Universalist minister, writes, “Forgiveness is about healing what is broken in ourselves. It’s about reconciliation with the nature of life itself.”  You could describe life as an ongoing process of forgiveness. And it is a practice, a process, not an end state. We all carry hurts that feel so huge that complete forgiveness seems impossible, and I think the practice of forgiveness may be the hardest inner work we can do. And yet, researchers know that there is a relationship between the ability to forgive and basic happiness.

When you can start to understand your fellow humans, and just how foolish and stupid and broken and wounded they mostly are, there may be room for just a little more forgiveness. The poet David Whyte wrote about forgiveness in his book, Consolations:

“… at the end of life, the wish to be forgiven is ultimately the chief desire of almost every human being. In refusing to wait; in extending forgiveness to others now, we begin the long journey of becoming the person who will be large enough, able enough and generous enough to receive, at our very end, that necessary absolution ourselves.”

On a lighter note, Oscar Wilde quipped, “Always forgive your enemies, nothing annoys them so much.”

Just as forgiveness demands a willingness to feel anger, apology demands the willingness to feel shame. Years ago I was listening to the radio as a national politician resigned his office after being caught taking enormous personal gifts from the defense industry. He said something that just stunned me: “In my life I have known great happiness, and great sorrow, and now I know great shame.”

I sat there in the car, considering what it might be like to be unmasked in front of the entire country, to be utterly humbled and shamed, and how most of us would do just about anything to avoid that experience, to sneak away and not get caught when we do something stupid or hurtful, greedy or cruel. And we all do. It’s part of being human.

Not many people know that Governor George Wallace, the fiery southern segregationist of the 50s and 60s, renounced racial segregation later in his life. He met with Congressman John Lewis, a leader in the civil rights movement, and asked for his forgiveness. Wallace also apologized to the two students who he had tried to keep out of the University of Alabama in 1963. Congressman Lewis wrote of Wallace, “He deserves to be remembered for his efforts to redeem his soul and in so doing to mend the fabric of society.”

That is what apology is, a mending of the fabric – of relationship, friendship, family, society. And a redemption. The times when I have apologized, knowing I did something unskillful and hurtful, and really admitting it, and the other person truly heard my apology and forgave me, even though they didn’t have to – well, those are moments of absolute grace and blessing.

I would like to close with words from a traditional Buddhist meditation practice on forgiveness:

Florence Caplow is the minister of Two Rivers Unitarian Universalist in Carbondale, Colorado. She is also an ordained Zen priest, writer, and teacher. Her most recent book is The Hidden Lamp: Stories from Twenty-Five Centuries of Awakened Women.

One thought on “Forgiveness and Apology as Spiritual Practices”