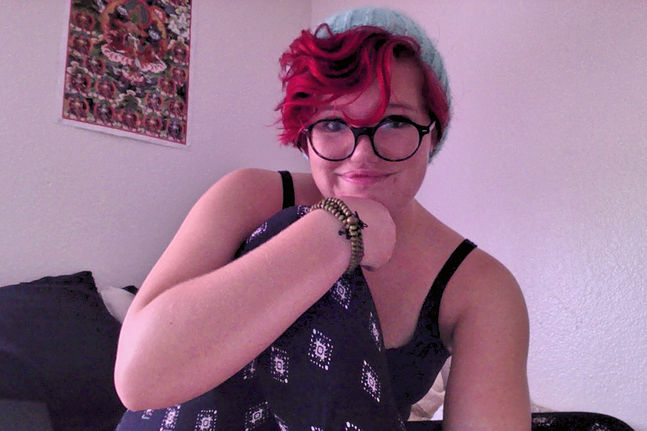 I just attended my first Employment First class. For those who are unfamiliar with what the Employment First program is, as I was only a week before, it is an initiative on behalf of our government to encourage unemployed people receiving food stamps to find employment and contribute to the society that is feeding them. When I first sat down, readying myself for the four-hour class, I looked around at my unemployed comrades. At 22, I am fairly certain that I was the youngest person there.

On my left was a guy who looked to be in his late-twenties, covered in tattoos, and clearly resenting the fact that he needed to be there. To my right was an Asian-American woman in her mid-thirties who had previously been convicted of a felony and who needed my assistance in understanding every instruction given throughout the class. Across the table from me was a man in his mid-fifties in a pressed collared shirt, dressed distinguishably nicer than anyone else there. Behind me there was a gentleman in his late-sixties who worked as a concrete foreman for twenty years, and who, due to recent health complications, could no longer work the only trade he was skilled in. All in all, there were about thirty people in the class, all from various backgrounds, ages, and ethnicities; all who, for whatever reason, could not find work, and had to feed themselves through government-provided food stamps.

I received an excellent education—I started at a K-12 charter school, followed by a private prep school, and recently I earned dual Bachelor of Arts degrees. I have good parents, grew up in a good, safe community, and I have a stable support system in my wonderful group of friends. Yet, despite all of the advantages that life has provided me, I wound up in the same class as felons who can’t find work.

I don’t want to imply that as I sat in that room learning how to do well in job interviews or to fill out basic job applications, I felt superior in any way to anyone else in that room. I just want to emphasize the fact that, although I should be excelling in our merit and privilege-based society, I was really no better off in that moment than those people who have the odds stacked against them. This turn that my life has taken is unexpected, but it’s educational. It encourages understanding and compassion. It has led me to think about honesty and bravery.

I believe that bravery was exhibited in that Employment First classroom, in the faces of every person who showed up there. I see it every day in clips on the internet of people saving baby ducks from sewage drains or black teenagers standing up against police oppression or women “free bleeding” in the UK to protest the so-called “tampon tax.” Bravery is something that can be seen throughout our days, all day, every day (with many thanks to the internet) and it works to remind us that the world can be good just as often as it can be bad.

Somehow, when we see bravery, we know what it is. As I live a life of relatively unstructured free time (per the unemployment), I have the leisure to take my experiences day-to-day and reflect on them. In the face of my time with the aforementioned people in Employment First, and with my exposure to all that happens in the world via the internet, I have been thinking more and more about what it actually means to be brave in our contemporary society, both within the U.S. and in the world at large. I’ve been thinking about what bravery looks like in my own life, and how it might be possible for me to live with courage in a world where sensations take hold for only moments and everything is used as a distraction.

We Americans like to think of ourselves as experts on courage and heroism as compared to the rest of the world. After all, America is the home of the brave. America is the land of the free and of the rugged individuals who can pull themselves up by their own bootstraps. It is home to those who love their country, and love the possibilities that the ideals of such a country provide. Thanks to globalization, the American idealized portrayal of bravery and individualism is permeating the global community’s psyche.

The term “bravery” to many people, both in America and elsewhere in the world, immediately leads to thoughts of people who are selfless, or even self-sacrificing, for the greater good: the warriors, the martyrs, the leaders, the decision-makers, the people who take it upon themselves to enrich or liberate or sustain the lives of others. It brings to mind images of people who see adversity and overcome it despite everything that fate throws at them. It brings to mind great people such as Martin Luther King, Jr., Gandhi, Franklin D. Roosevelt, Harriet Tubman, Joan of Arc, even Hercules. Brave people are emulated as examples of the capacity of human beings, of what it means to be great.

It is easier to understand and recognize bravery when it is grand and heroic. It is harder to comprehend the quiet moments of bravery, or the moments of courage that we deem to be important, but aren’t contributive on that grand scale. There are many kinds of quiet bravery.

Bravery is anyone who realizes the importance of something, anything, and then chooses to take care of it.

We live in a day and age with so many people and so many distractions. There are so many issues in the world and so many opinions on those issues. I look at my life right now and see it as somewhat frayed. I am well educated and full of potential yet I am unemployed and receiving food stamps. I am depressed and anxious, and I have the increasing sensation of being stuck in the doldrums, of being stuck in a life that doesn’t contribute very much. I spend my days watching TV on Netflix, reading the news online, and trying to figure out this grey cloud of insecurity that is perpetually circling the perimeter of my thoughts.

I struggle because I want so badly to feel brave, to feel grand and selfless and good. To feel like I can shoulder the burdens of others and in so doing, help them carry their load. The problem is that I have a hard enough time carrying my own load. My anxiety and depression make it so that I often shy away from life, and not even just during the difficult times. Anything that is unusual or breaks pattern, anything that requires me to perform at my most basic aptitudes, frightens me.

It was hard to live freely and openly when I was a student studying two majors, working almost full-time, and managing a group house; it is hard now when I spend my days doing nothing. It is hard for me not to feel like a failure — having grown up in America where we are all encouraged to always try our hardest, and with everybody always assuring me that I was going to do great things some day — to now be unemployed and receiving government assistance to feed myself.

I listen to good songs, read good books, watch compelling television shows, and yet all that these do is remind me of how much pressure there is to live my life well. They remind me that even though there are examples of beauty in a chaotic and troubled world they are only a small fragment of it all — how especially today, examples of beauty are only absorbed for a moment before they are discarded for the next bit of distraction. Yet, I still find them important.

Perhaps there is some small, sturdy, steadfast, struggling part of me that is convinced that all that the world is … is important. This part reminds me that although it is often easy for me to consider being a nihilist, given my apparently pained state now, there is still purpose and reason throughout it all. It reminds me to appreciate and live in the beauty amidst all that pain and push through it. It reminds me at times when I feel too pathetic to hold strong that nothing is permanent and that this, too, shall pass and hopefully to a moment of light.

I grasp onto this part of who I am as my form of bravery. I am not saving lives or fighting for human rights or vanquishing monsters, but simply just trying to be the best person I can be in my ordinary life. By allowing myself, despite my brain’s natural disposition to do otherwise, to see beauty and feel happiness. By allowing myself, when I feel good, to spread that goodness — to take care of the people I love which also means taking care of myself.

I think about the people of my Employment First class. I think about the Syrian refugees, the presidential candidates, the Black Lives Matter activists, the militiamen in Oregon, the people who bomb birth clinics, the kids in the foster care system, the people who own most of the world’s wealth, the Chinese factory workers, the sustainable farmers, the hospice workers, the perpetual travelers, the lost, the joyful, the angry, the loving, and I look for what bravery means in today’s world. So many people are trying to figure out what it is to be courageous in today’s society; so many people are bored and restless and looking for something to hold onto and care about.

It seems we are long past the stage in human history where we honor heroes in songs that will remain known for thousands of years. We live in an age where any impact a hero makes on any given individual typically lasts the two minutes it takes for us to watch a YouTube video about them. However, that doesn’t mean that bravery doesn’t exist, and it doesn’t mean that it no longer matters.

If anything, with our current state of interconnectedness it should be clear how much we all impact each other. The world is a complex web of human connection. We no longer need the selfless leader of our tribe in order to survive, but instead we need the incessant reminder from our billions of companions on this world that every human is selfless and selfish, that everybody gives and takes, leads and follows.

I think about how, despite all appearances, and all that I tell myself sometimes, that my life right now is not necessarily a waste of time and taxpayers’ money. I think about how just living life is often at times a form of quiet bravery and that the responsibility of figuring out a way to stay alive provides one with ample opportunities to find something important enough to care for – even if it’s just myself.

Catherine Masters currently lives in Fort Collins, Colorado. She graduated from C.U. Boulder in May 2015 with a dual Bachelor of Arts degree in anthropology and evolutionary biology & ecology, and a minor in religious studies. She spends her days taking walks, hanging out with her roommates’ dog and cat, watching Netflix, writing in her journal, listening to music, and wistfully thinking about the state of the world and her life. She recently found work in Marin County, California and will be moving there shortly.