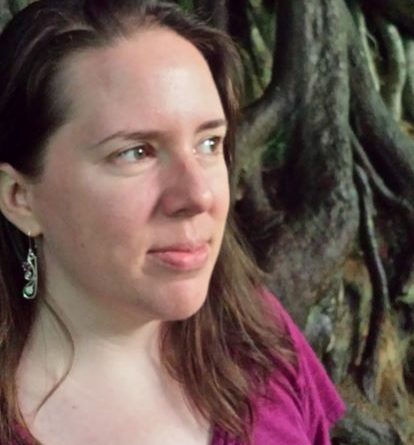 We’ve been besties since she was still in her awkward nymph stage. Back then it was only the two of us, having sleepovers and singing into our hairbrushes. But then one summer she molted, and suddenly all the guys were checking out her thorax. I was happy for her, of course. I’m always happy for her. That’s what I’m here for—that, making wisecracks, and telling her boyfriends, “I’ll kill you if you ever hurt her.” And being a brunette. But sometimes I look at the men falling at her feet, and I can’t help but think, I could treat them better. At the very least, I wouldn’t behead any of them, you know?

I mean, she’s a great friend. In high school, whenever a boy asked her out she’d insist he find someone for me so we could double. But none of them ever showed any real interest in me. “It’s his loss!” she’d always say afterward, as she chomped on her guy’s entrails. (It’s a myth, by the way, that a mantis always kills and eats her partner—they only do it when they’re really hungry. But you know how the teenage metabolism is, so she did consume most of her dates. Talk about man eaters, amirite?)

Once in college she insisted that all I needed was a makeover. She made me take off my glasses and change from my funky dinosaur-patterned romper into a little black dress. And this hottie in our dorm saw me and was all “Whoa!” But then he turned to her and said, “It’s cool of you to help your less conventionally attractive friend. That sort of thing is exactly why I’m in love with you.” She started to reject him, but I said, “No, I get it. No need to bug out—now go be in love!” As they walked off hand in tarsus, I told him, “I’ll kill you if you ever hurt her!”

After graduation we were roommates in the big city. She’d made a vow to stay single for a while—her last few boyfriends had given her terrible indigestion. It was almost like old times, us hanging out and singing into our hairbrushes every night. But then this dreamy guy at the office needed someone to pretend to be his fiancée for a week, which is a real problem that people often have. When she came back from his family’s castle in that obscure European seaside village, she kept talking about him constantly. One night she froze up in the middle of hairbrush singalong time. “Oh, no!” she said. “What if I’m actually in love with him?” And I said, “Honey, you may have two compound eyes with three simple eyes in between, but sometimes you still can’t see the obvious.” And so she called him, and they agreed that if they both felt it was meant to be they’d meet at midnight at the Museum of Entomology. She ran out into the rainy night while I did what I do when she isn’t around, which is sit in a corner and think up more wisecracks.

My mind wandered. Even if this guy didn’t turn out to be The One, eventually she would find The One. And then what? I’d be her maid of honor and marry the best man, probably a comedy writer with a pleasant but not quite symmetrical face. And sure, we’d be happy, making wisecracks together for the rest of our lives. I couldn’t help imagining, though, what it might be like to be the star of my own story for once. Don’t get me wrong—I do care about her happiness. I can’t help it. She has this vulnerability that makes me feel protective of her. Maybe it’s the way she’s always dropping all her books or groceries or antique vases. (Her raptorial forelegs are great for grasping prey, less so for other objects). That level of clumsiness makes her so relatable. But the fact is, sometimes I get downright green with envy. And here I thought she was supposed to be the green one, haha!

As I sat there feeling sorry for myself, she came home in tears, saying he never showed.  So I turned on some music and got out our hairbrushes. Then I heard a racket outside. There he was, the secret prince of Würfdernbourg, standing in front of our building, in the rain. “Please,” he yelled. “There has been a simple misunderstanding that I can explain in thirty seconds!” I climbed out onto the fire escape and yelled, “You hurt her! I’m going to kill you!” But she was already crouching over his corpse, blood dripping from her mandibles. “Oops!” she said. “I guess I beat you to it!” And we laughed and laughed, and all my negative feelings evaporated, because there’s just nothing like being best friends!

Katie Burgess lives in South Carolina, where she does improv and edits Emrys Journal. Read more at katieburgess.fun.