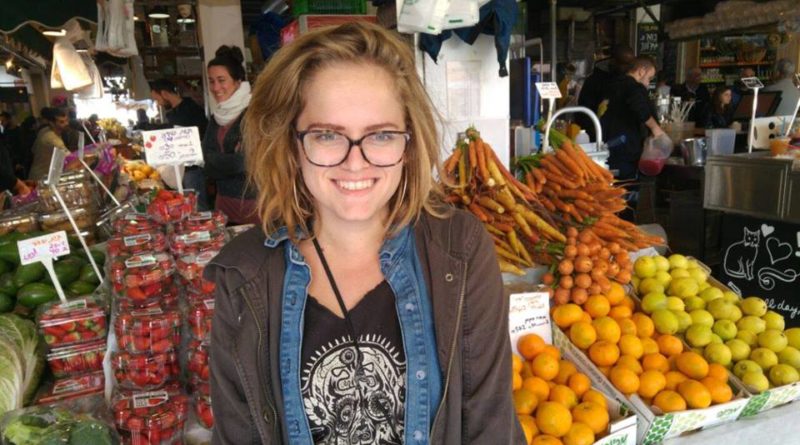 Since the #MeToo movement has garnered mainstream attention, activists, journalists, artists and everyone in between have begun asking if it is overstepping by labeling certain coercive sexual acts as “sexual assault” or “rape.”

Austrian film maker Michael Haneke directly conflated sexuality with rape when he told The Guardian that #MeToo has devolved into a “witch hunt” and “a crusade against any form of eroticism.” Bari Weiss published an opinion piece in The New York times about the accusations against Aziz Ansari that broadly glossed over his predatory behavior described in the Babe.net article she sourced. Al Franken apologists attempted to dissuade him from resigning by creating online campaigns; none of which mentioned that Franken openly admitted to sexual misconduct.

Similar events have also occurred in my personal life. My Twitter feed clogged with men declaring they were in imminent danger of being carted off to prison because women were over reacting. When my male friends rushed to get my perspective on what qualified as sexual assault, their primary concern was invalidating the experiences of survivors. “Are you sure that touching someone without their consent is predatory?” they asked me. “Do I really have to ask before I give someone a hug?” they scoffed. “I just really want to get laid! I’m just behaving the way any man would behave because it’s biological for us to relentlessly pursue sex from women.” The implication was clear: these men—and the people defending them—were more concerned about how they could keep being passive bystanders to sexual violence, than considering how their behavior might be informing a sexually coercive culture.

In reality, #MeToo is not conducting a witch hunt spurred by melodrama, feminine weakness, or blind hatred of men. On the contrary, it is creating opportunities for survivors (especially those who are women and gender minorities) to have control over how they define their experiences.

Empowering survivors to take control of an experience where they were overpowered is the most revolutionary aspect of #MeToo’s agenda. Historically and currently, a survivor’s ability to define their own experiences has been systemically, culturally, and socially ripped out of our hands. Legal, social, and cultural definitions of assault and rape are prone to

In Estelle B. Freedman’s book Redefining Rape: Sexual Violence in the Era of Suffrage, she describes how such variability has been used—namely by white, heterosexual, male lawyers—to prevent married, indigenous, and black women from pursuing legal action against their perpetrators. Black women sold into slavery were considered white men’s property and were not afforded the same legal protection against assault from white men that was extended to white women. Marital rape was not criminalized in all 50 states until after 1993. If a married man raped his wife, she could not pursue legal action against him because her experience did not meet the era’s legal definition of rape. Current state laws defining rape and assault vary between states but remain relatively restrictive; typically extending exclusively to blitz rape, incest, situations involving children, and situations involving a clear power dynamic (doctor and patient, police officer and civilian, etc.)

Toxic masculinity and gender socialization add another layer to this problem. Many heterosexual men are conditioned to pursue sex from women through predatory, invasive tactics. I distinctly remember being a High School student and listening to my older male peers talk to each other about how to extract a “yes” out of a reluctant girl. Some advocated getting her drunk, others suggested emotional manipulation, no one mentioned how dangerous these ideas were. This is distinct from the problem of serial rape, but nevertheless creates a rape culture by normalizing male sexual entitlement and non-consensual behavior.

In Judith Herman’s book Trauma and Recovery, she explains that “women quickly learn that… the standard for what constitutes rape is not set at the level of women’s experience of violation but just above the level of coercion acceptable to men.” This quote is particularly meaningful to me because it is reminiscent of the way I tried to break down my experiences into more digestible fragments for others. It was only when I attended my first survivors speak out at Hampshire college that I felt truly empowered to

I used to think there was a singular, concrete definition of sexual assault that I could compare my experiences to. I wanted this to be true because I didn’t want to admit that I’d been abused. What #MeToo has taught me is that sexual violence should not be forcibly categorized into limited definitions that only value specific experiences. What constitutes sexual violence should be based on the survivor’s experience of violation.

A few months ago, I was sexually harassed by a man I thought was my friend. A group of my friends and I had been drinking at one of Carbondale’s local bars when I got up to use the bathroom. He (presumably) followed me into the hallway and—once we were alone—said something to me. When I turned to respond he tugged the neck of my tank top open to expose my breasts. When I realized what was happening, the drunken fog around me cleared and I smacked him in the face.

Later on, one of my male friends interrogated me about why I’d been “flirting” with him, why I was so “gullible,” and why I maintained unclear boundaries. He lectured me about how I should be more careful, because next time I might get abused “by someone who’s not as nice.” In this entire rant, he never asked me if I was okay, never mentioned this man’s inappropriate behavior, and never expressed sympathy for my situation. In all my years of being abused, there has never been any shortage of people (especially men) eager to insert themselves into my experience and tell me what “really” happened, or how I should respond.

Now, I am speaking directly to this man and others like him who believe that assault will disappear if only survivors would just “stand up for themselves.” We don’t need you to lecture us about what is or is not assault; we need you to uplift us. We need you to take our stories to your frat houses, bars, clubs, and dinner tables and tell your friends, relatives, and peers about our experiences. Show them what it means to respect someone else, show them how to cultivate grassroots solidarity, and teach them about the importance of humanity. You have the power to change someone’s life; don’t take that lightly.

Alexandra Menter is a trans inclusive, intersectional, radical feminist from Carbondale, Colorado. She recently returned from living in Lod, Israel where she engaged with Israeli and Palestinian social justice activists about human rights issues within their communities. She plans to apply for law school for the fall of 2019 to pursue a career in international criminal law.