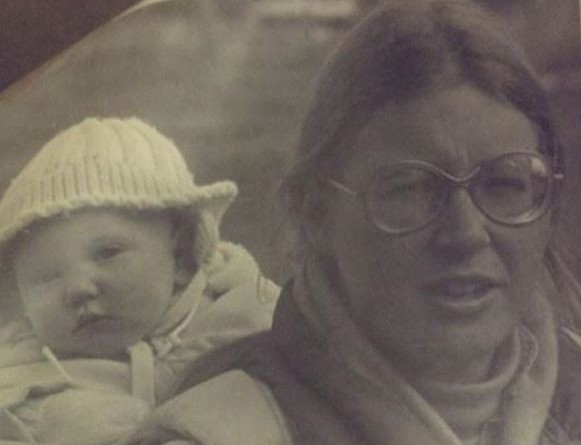 Having a daughter is the most amazing event that has seasoned my life.

An individual from the first moment she could make decisions.

I didn’t realize until years after she was grown how I had probably frustrated and angered her as an infant by securing the sheets so she couldn’t stick her foot out of the covers.  Worried that she might fall out of bed, or freeze her foot, or some other horror that I cannot remember imagining.

She still regards me at times with distrust.

She and her father were so close, a friendship and bond unimaginable.

I think and ponder often before I speak. Anything to not break this bond we created since his death. Loath to lose any bit of her that she will share with me.

We both died a little when he died, but we strive to keep him alive in our relationship and in our tentative friendship.

I think about taping fresh or plastic flowers to the outsides of my windows and imagine enjoying the ambience of springtime life against the snow on my fence!

But the neighbors would make phone calls.

And the Police would stop by.

And nothing I could say would erase the serious concern for my mental status from their eyes.

One thought on “Musings from the Madame”