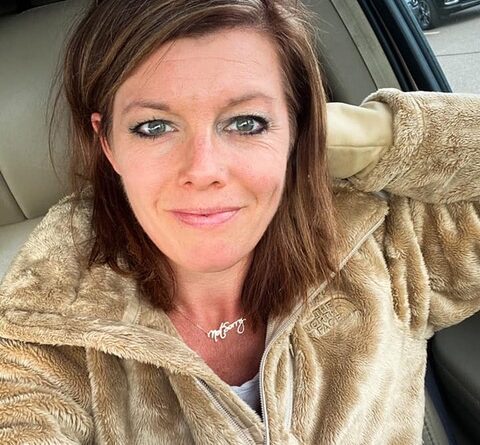 I’m tired. You’re tired. I get it. You’d like to get back to “life” whatever that was before. But during that time, I think a lot of us, including myself, were so consumed with our own lives that we didn’t bother to notice what was happening in the world around us.

If you’re able to ignore what’s happening outside of your own bubble right now, wishing we could get back to cute pictures of our pets and kids, thinking that somehow with the wave of a wand, when the clock strikes midnight on January 1, 2021, life will be better and we can forget this whole year ever happened, that’s on you. It’s also a privilege. I can’t ignore what’s happening anymore. Nor can I stay quiet on things that matter most to me and the future of my kids and the rest of humanity.

Let’s start with leadership. I’ve been thinking a lot about it. When I think about what makes up a good leader, I don’t think about money or power or control. What I see is honesty, integrity and responsibility. A good leader is accountable for their own actions, good or bad, and owns them; apologizes and makes amends if need be and asks what they can do to make things better. A good leader sets an example to those they are leading. They don’t make leadership confusing or portray an image of invincibility, or that the rules don’t apply to them. They stand up for the people and lead from the front.

I realize that some of us are still very committed to backing or choosing a party. A side. A color. Based on policies or views that a particular party represents. I’ll be quite honest, I think this commitment is part of the reason we are so divided right now. What if your vote instead was in support of a person, not a party? One who represented values of a leader as I’ve listed above, and who looked out for the common good of all of us, not just for themself?

I realize that it’s easy to hide. I’ve done it for years. We can hide behind many things, including a political party. But the truth always finds its way out. As ugly as it may be, we can’t deny it.

So yes, I’m voting for honesty, integrity, hope and unity. Recognizing that no candidate is “perfect”, but choosing one who’s a better fit for me, my family, for my community, for humanity and for this country.

I’m voting for my daughter and the rights of all women. To remind her that it’s not OK for anyone to tell you to sit down and be quiet. That it’s not OK to have anyone touch you inappropriately, and then brag about it and make you feel like nothing. I’m voting to remind her that her voice is just as important as her brothers, or her male colleagues and classmates. She’s a leader in her own right.

I’m voting for my sons. Because I want them to know how we do and don’t treat women. To show them we treat all human beings, no matter their gender, race or ethnicity, equally. They need to know what a true leader looks like, how they act, with honesty and integrity and owning their failures. They are leaders of the future too.

I’m voting for healthcare workers because we are exhausted. And because we believe wholeheartedly in science. We are trying our hardest to lead by example but are fighting against a society that has been fed so many lies and inaccuracies by our government and media that they don’t know what to believe. I’m also voting to protect our healthcare because everyone has a right to it too.

I’m also voting for my friends of color. Man, I had no idea how much racism existed before this year. I now see that it’s always been there, but this year we’ve been forced to see it. I’m voting to protect the rights you have and fight for more. We must work harder to decrease the violence to black bodies, and I believe we will get there if we keep working together. Your voices need to be heard.

I’m also voting for my LBGTQ friends. Married or not. Because your rights matter so much to me. I’m voting to protect the rights you have and to keep fighting for more.

So yeah. This is so much more than voting for a party. One that may or may not even be fighting for you. If you’re able to say that life isn’t gonna change much for you when this election is over, so you’re just going to keep doing life the way you want to, know that that is indeed privilege. And not everyone has that privilege. I’m asking you to step outside of your own shoes. If it’s the first time you’re doing this, I’ll warn you it’s a little scary and uncomfortable. But there’s a whole world of people who need you to fight for them too.

Don’t worry. I’ll wait. You have some time yet to let this sink in; 2 days to be exact. Know that 3rd party isn’t the answer this time either. It’s only a vote for the status quo. So, get your vote in. And vote like your life depends on it. Because it does. Along with the rest of humanity.

Katie Brula is a joyful mama of three, wife, Nurse Practitioner and Public Health Advocate. No matter what happens on November 3rd, she will keep fighting for the people she cares about.