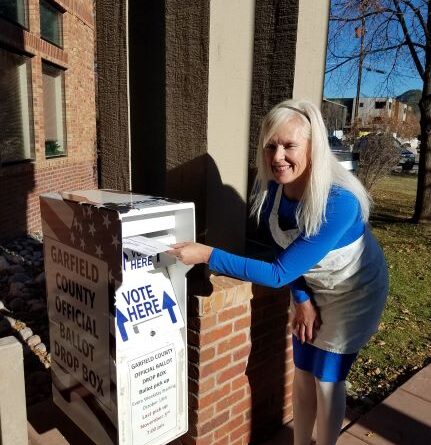 All the issues we have with Donald Trump: misogyny, xenophobia, malignant narcissism, are based in fear and greed. On top of that, he’s a liar. And a manipulator who doesn’t read, think, or learn anything that doesn’t boost his own sense of self, i.e., his bank account, or fuel his sorely fragile ego. He is mentally unstable. His VP is a ghost, and his staff, a revolving door of phonies and frauds. He has created a coven of sycophants like no other.

Trump surrounds himself with those who would not dare to disagree (his family— even if it means selling their own grandmother down the river…) His course of action is all loot and plunder, with no thought of planning for the future. He brings nothing sustainable to the table, only mockery and discord. It appears Trump will be the one to blow up the GOP, which seemed improbable just a few short years ago.

All the reasons we will vote for Joe Biden are polar opposites of Trump: political experience, moderate stances, baby-kissing good looks. He has surrounded himself with people we can relate to, people who want to start the conversation. Biden wants to belong to the people he means to represent; nevermind that he is the epitome of privilege. He will be glad to give a hand-me-down to the rest of us, as well as hire a staff that will be competent and caring. He will create a support system of experts. And that is how he will sell the new improved version of the Democratic party.

Trump pushes the propaganda of Us and Them because it keeps everyone focused on the other side (just like when Joe would play shirts versus skins at the community center back in the day.) When in fact, there is only one team. Us. Americans who want a healthy and prosperous future for our children. And now we need a coach who can bring us together to reach the endzone, not a hater who leaves us on the field without a play to end the game.

“Who could hate Joe Biden? That’s like hating toast.” -MP

Once upon a time, Democrats were the working man’s party and Republicans dressed for dinner. Today, priorities have shifted, and Americans want a place setting for everyone at the table. Because we’ve learned that if they don’t hand you a menu, you’re probably on it. So, we make sure to get out and vote for the candidates who will work to make our lives better. And if Biden can moderate the Republicans and Democrats, rolling them together into Team Blue, then a truly progressive and forward-thinking party can begin to hatch… But it will take time, as it’s still in a vulnerable egg stage and meanwhile we have to watch the dinosaur die.

As my friend Jimmy always said, “Don’t be a goat, get out and vote!” And get those whom we embrace into office either with work, wealth, or wisdom. There are plenty of ways to ensure your chosen candidates succeed and lead us to a more just and honorable nation. Those who thought, “My vote doesn’t count” have now seen first-hand that democracy takes action. To stand by and watch this country go from charitable and strong to disenfranchised and sick, is apathetic and certainly not our national legacy.

Alice wants to see more women in Congress (and the White House!) We want to hear voices of reason and empathy leading our country, without personal agenda or bias. We want our elected officials to work for us, our neighbors, our land, and our future. The only way that will happen is if we join together and work in unison to form a more perfect union. You know, the United States. US for short. 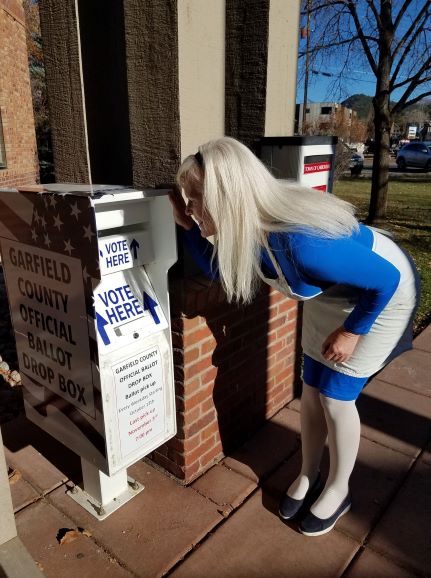