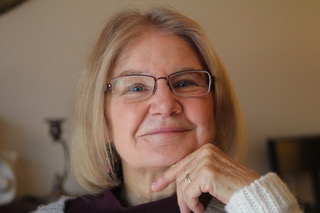 Reprinted with permission from The Sopris Sun

My San Francisco friend Caroline Nassif, who teaches at the college level, says homeschooling is “ridiculously difficult”. One of her friends complained of “hitting the wall”, her patience exhausted. Another replied, “Wall hit and utterly destroyed. I love my kids, but the yelling, bickering, etc. makes me dread each never-ending day. We have it easy compared to many, but it’s still ok to say it sucks, and to feel like you can’t get out of this funk. Hoping for no lasting damage.”

Humans are social creatures. Remaining a llama-length apart and connecting only via Zoom goes against our nature. It does suck. Worse, it tests our sanity.

I’m not only referring to anti-social acting out — shootings of Family Dollar store and McDonald’s employees; protesters who spit on doctors and nurses — but also to the sorry toll on those doing their lonely best to safeguard themselves and others. Me among them. A few days ago, while I was out weeding, the Sopris Sun Editor Will Grandbois drove by and called out a greeting. I wanted to jump through the car window and hug him.

Alas, I hug no one. I touch no living thing but a ring-tailed tomcat. I spend my time with a pain-wracked 89-year-old with declining cognitive abilities. Sometimes, we have the same conversation four times the same day — a fact I notice, but he doesn’t. Occasionally, fearing that he’s a burden, he wonders why he’s “still on the planet” and offers to “remove” himself.

As of today, the US has suffered 103,264 Coronavirus deaths, not counting two front-line New York healthcare workers who committed suicide: Dr. Lorna Breen and EMT John Mondello. ER physician Dr. Breen was, in her father’s words, “killed by the enemy on the front line.”

That enemy has also prompted suicides in Italy, India, Saudi Arabia, Britain and Germany. A JAMA Psychiatry article noted that unemployment, stock market losses and isolation add up to a “perfect storm” for increased suicide. In another article in the NIH medical library, authors Vikram Thaker and Anu Jain anticipate a “rippling effect of this virus on worldwide suicide events.” They noted that in addition to medical workers, the “most vulnerable are those with existing mental health issues like depression and older adults living in loneliness and isolation.”

I’m not dead yet, but some days, I think I might as well be. My summer calendar is black with cross-outs: church services, my weekly painting group, Zumba classes, camping trips, art classes I once taught at Colorado Mountain College (CMC). I fear that the rest of my life will look like next fall’s stark white calendar pages, the featureless days so alike it’s hard to remember today’s name and number.

As anguished as I was to add to the social losses in my life, I surrendered a senior cat to Colorado Animal Rescue (CARE) last month. I’m just not resilient enough to manage two ailing elders. Because helpers like the handyman and housekeeper must stay away now, my caretaking role has expanded in scope and hours. Shopping, cooking, cleaning, home repairs, tech support, pulling me in like quicksand. There’s no longer time off. Some days, I feel like Tom Hanks in Castaway, marooned on an island with no one to talk to but Wilson, the volleyball.

Most of my senior friends feel similarly isolated, similarly cast off. They say, “Some days, I wonder what’s the point.” And, “If this goes on for two years, that could be the rest of my life!” And “It’s heartbreaking to think that I may never get to see – or touch – my grandkids again.”

At our age, two years of social distancing can mean a life in solitary. Then again, those of us who have homes in which to isolate, or to homeschool, and those who still have income must count themselves fortunate. We can protect ourselves better than confused elders in nursing homes, than immigrants crowded into camps, or prisoners in jail.

As Caroline says, it is “a nauseating roller coaster”. I too know the feeling of having “accomplished nothing all day, day after day” in a way that “erodes my sense of well-being. It’s like I’m climbing out of quicksand every day with no end in sight.”

Tom Hanks’ character was stuck on that island for four years. I hope I get off mine a lot sooner. “Hang on Wilson, I’m paddling.”

Nicolette Toussaint is a newspaper columnist and artist who lives in Carbondale, CO.