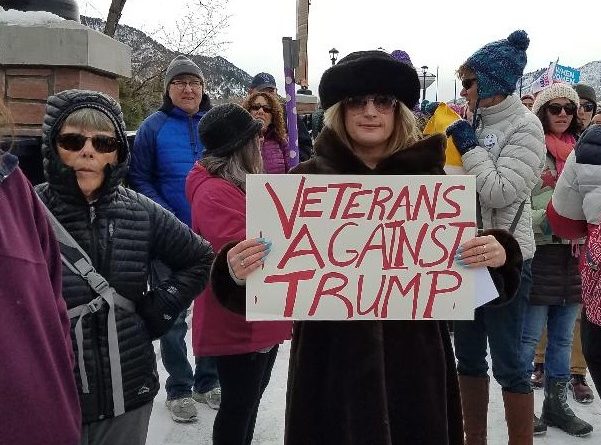 On January 11, Alice Stokes Paul (b. 1885) would’ve been 135-years-old. A leading American socialist, suffragist, feminist, and women’s rights activist and one of the main leaders and strategists of the campaign for the ratification of the 19th Amendment to the U.S. Constitution (that prohibits sex discrimination in the right to vote). Paul initiated, along with Lucy Burns and others, events such as the Woman Suffrage Procession and the Silent Sentinels that were part of the successful campaign that resulted in the amendment’s passage in 1920.

After 1920, Paul spent a half-century as leader of the National Woman’s Party that fought for the Equal Rights Amendment to secure constitutional equality for women. She won a large degree of success with the inclusion of women as a group protected against discrimination by the Civil Rights Act of 1964.

Women have been marching for equality our whole lives. And while progress has been made, we are still marching against the simplistic and erroneous notion that gender dictates intellect or ability.

The fact is that today, in 2020, women and men do not enjoy the same protection under the law in this country. Whether we’re talking about reproductive health or the ratification of the ERA, when it comes to personal liberties in the US, women are still standing in line behind our male peers.

Thanks to courageous women like Alice Paul, Gloria Steinem, and the Notorious RBG, we have moved forward two steps— and most importantly, held our ground, but women still lack the basic legal protection that men have been afforded since the founding of this country. Which is why we keep rehashing all these issues: legal abortion, equal pay for equal work, consequences for rape and domestic violence, etc.

When will we, as a civilization, learn that differences can exist, (can even benefit our culture) without a better or worse; without prioritizing gender? Equal does not mean the same.

And so, we march.

By Diane Kenney   What the hell.  I never planned to reinvent myself.  In fact, I don’t know what that

Alice has found Wonderland! Seedlip. What is it, you ask? Here’s the backstory; seems this young guy, Ben, found an

When you’re too busy (or don’t care) to cook